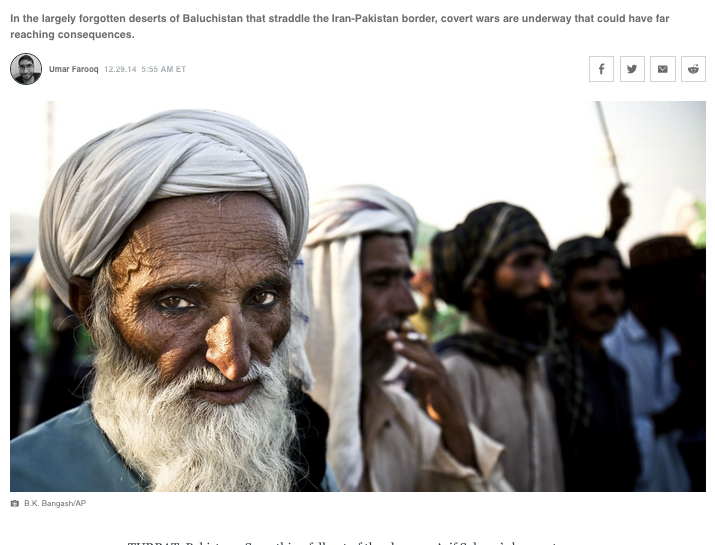 For The Daily Beast: TURBAT, Pakistan—Something fell out of the sky near Arif Saleem’s home at 5:20 a.m. on Nov. 25, 2013. He scrambled outside to find a 25-foot-wide crater just beyond the mud wall surrounding his family compound. The strike was one of three, in quick succession, that morning in the village of Kulahu, in Pakistani Baluchistan, 45 miles east of the Iran border. One of the blasts damaged the local mosque. Pages from the Quran fluttered in the air before landing gently on the… END_OF_DOCUMENT_TOKEN_TO_BE_REPLACED 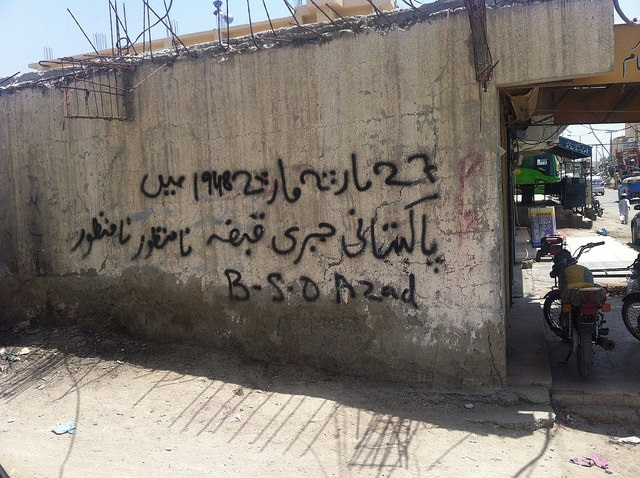 For the Christian Science Monitor: Turbat, Balochistan: In Turbat’s main square, dozens of troops from the Frontier Corps spend their day nervously scanning traffic. One soldier, his machine gun resting on the bulge in his flak jacket, visits the square’s shopkeepers one by one, checking in with them. More than 55,000 troops are deployed in Balochistan, but this is a war most Pakistanis have no idea is occurring. An eight-year old insurgency – the fifth one in the province since Pakistan’s founding in 1947 ­– shows… END_OF_DOCUMENT_TOKEN_TO_BE_REPLACED

For FSRN: Listen to the story here: Thousands of relatives of missing persons and their supporters arrived in the Pakistani capital of Islamabad today. It’s the end of a 105-day march by activists who say their own government has failed to explain the whereabouts of thousands of Baloch it took into custody in the last decade. Umar Farooq reports from Islamabad. Ten-year-old Ali Haidar Baloch has walked more than 1,200 miles across Pakistan, trying to find out what happened to his father. “My father, Muhammad… END_OF_DOCUMENT_TOKEN_TO_BE_REPLACED

For Al Jazeera English: A new generation of Balochi nationalists has emerged, eight years after the death of the movement’s leader. Dera Bugti, Pakistan – Nearly eight years after Balochi leader Nawab Akbar Bugti was killed in fighting with the Pakistani military, a new generation of Balochi nationalists is emerging in his place in Pakistan’s restive western province. Two of Bugti’s grandsons have led the return of thousands of tribesmen from a decade-long exile, while a third heads a separatist armed group that carries out… END_OF_DOCUMENT_TOKEN_TO_BE_REPLACED