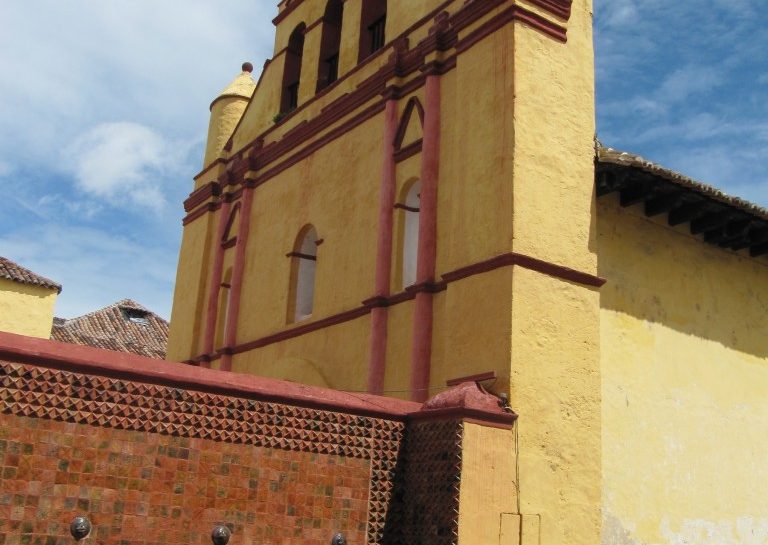 For The Revealer: The city of San Cristóbal de las Casas sits at more than two thousand meters above sea level, surrounded by cloud-topped green mountains, its innermost streets paved with beautiful pink stone that has been smoothed by five hundred years of pedestrian traffic.  Ciudad Real, as it was called for centuries, was established as a base for Spanish conquistadors as they went about subjugating the last Mayan resistors in this, the southernmost part of Mexico. San Cristóbal is the cultural capitol of the… END_OF_DOCUMENT_TOKEN_TO_BE_REPLACED

For Upside Down World, published February 28, 2013: On December 21, 2012, fifty thousand members of the Zapatista movement, wearing their famed balaclava masks, silently assembled in the town of San Juan Chamula and marched south to the city of San Cristobal de las Casas.  It was a highly symbolic gesture. San Cristobal has changed more in the last two decades than in its entire five hundred year history.  A once small town that barred indigenous peoples from staying overnight has been transformed into… END_OF_DOCUMENT_TOKEN_TO_BE_REPLACED

For The Nation, with Connor Guy In March of last year, Javier Sicilia, one of Mexico’s leading poets, suffered a fate that is far too common in his country today: his 24-year-old son was murdered by a drug cartel. With over 40,000 dead since 2006 from cartel-related violence, and more than 9,000 unsolved disappearances, Sicilia’s plight is in many ways emblematic of his country’s. Shortly after his son’s death, he wrote and circulated an open letter addressed “To Mexico’s Politicians and Criminals,” in which he… END_OF_DOCUMENT_TOKEN_TO_BE_REPLACED